I saw Beauty and the Beast at the Princess of Wales Theatre in Toronto.

I’m fairly new to the Disney musical scene – aside from Beauty and the Beast, the only other one I’ve seen is The Lion King, and I was way too young for critical analysis at the time.

Still, I was excited about Beauty because I have so. many. complaints about the Disney animated feature. I won’t get into that now, because what I want to talk about is how the show improved on the animated feature – and how it didn’t. 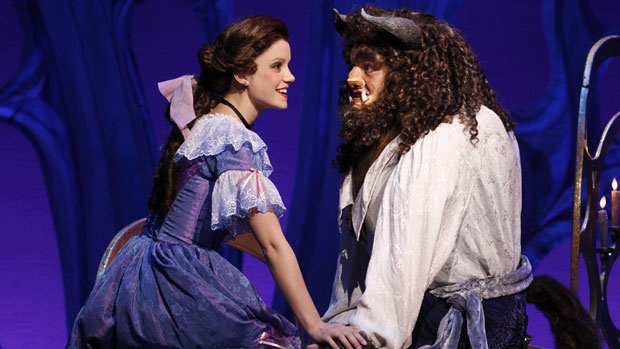 No beauty could move me
No goodness improve me
No power on earth, if I can’t love her
No passion could reach me
No lesson could teach me
How I could have loved her and made her love me too
If I can’t love her, then who?

As my life has been altered once it can change again
Build higher walls around me
Change every lock and key
Nothing lasts nothing, holds all of me

My heart’s far far, away
Home and, free

[EDIT: Well, I wasn’t going to get into this any further because no one needs my straightsplaining, but this morning I came across this post (about Deadpool) which gets into the whole “we assume that overtly gay statements are a joke” thing and I’ll share it because it’s better.]

Riff-raff, street rat, I don’t buy that
If only they’d look closer

Would they see a poor boy?
No siree, they’d find out there’s so much more to me.