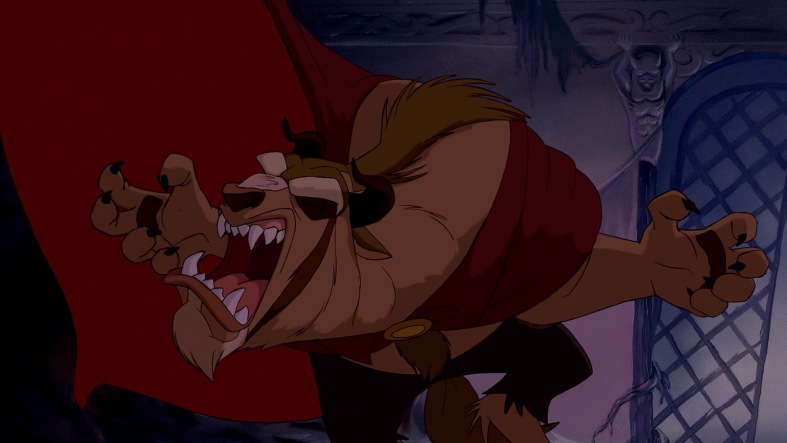 UGGGGGGGGGGGGGGGGGGGGGGGGGH that is the WORST possible backstory for Hodor’s hodorness that could ever have been imagined into existence. Damn it, George RR Martin, you ruined the last couple days of our vacation.

So that whole scene. First Summer, then Bloodraven, then a Child – if not all of the Children (we’re not clear on whether any of them actually survived that), AND THEN HODOR.

The question is begged: what’s the point?

We’re trying to greensee into the endgame of this behemoth and honestly, this season is beginning to make us question whether any of it is worth it. Rickon, Osha, and Shaggy made us question whether taking back Winterfell will be worth it. Now everyone dying for Bran, and Hodor dying LIKE THAT, make us doubt Super-Bran’s superness.

But other things happened. Like, Tormund is still being a creep and from the discussion on twitter it seems like most people really like it. But so far Brienne seems hella uncomfortable about it so… like… can we stop celebrating Tormund’s unabashed creepiness already? It doesn’t matter that guys don’t treat her like that usually. How does that make it OK?

Anyway, she’s heading for Jaime soon so whatever. Jaime is a good guy.

We loved that play scene with Arya! As much as it was a Joff stan’s fanfiction version of events that was really entertaining. Kudos to whoever made it all rhyme. Also, having examined some preview chapters, seeing the mummers is really exciting and we hope it means Arya can stop pretending to be no one soon.

Jorah has been ordered to find a cure for stone man disease. Can he not? Jorah is not needed. Ever.

Sansa told Littlefinger right off. But it’s pretty impractical of her to send away his army. Also likely that cloak she made for Jon will be impractical too.

The Ironborn are ridiculous. It made no sense that those people were cool with kingslaying, kinslaying, and Euronness in general. Yes, even the Ironborn are capable of pausing and being like, “Waaait a second. This probably can’t end well.” The books did better.

The Red Priestess and Varys? What’s up there? We’d be lying if we said we care at present, but maybe we will later.

As much as we complain about the show, that Hodor scene was perfect. It was so well-done – not since Ned’s death have they been so on-point about something like that. Usually they get all blunt and over-the-top, like the baby-killing at the Red Wedding, and Olly in general with “For the Watch,” but this was different. It’s too bad that we can’t be happy about it, though, because we will never be happy again.