I wanted to expand on a couple of things I either just mentioned briefly or 100% ignored in my episode four recap.

I’ve said my piece on why Bronn doesn’t work as a character but I hadn’t actually realized that they did a kind of clunky super-obvious metaphor with him, so let me give the show a bit of credit. Bronn gets a bag of gold right at the beginning and then ends up having to abandon it in the midst of battle. At the end where he leaps into a possible fiery death, it’s therefore been sort of earned. He’d already made the decision, just as Jaime had, to stick around and do the right thing against pretty terrible odds.

So… Bronn got some character development, he isn’t just acting in a plot-convenient and fan service-convenient way. But I have serious doubts that he’ll continue on this path to good-guyhood. Not because I don’t believe witnessing dragon devestation could possibly change him, but rather because I think the writers are hacks.

I stopped bothering about being nice and not calling them hacks after all the rape and after learning that they’re doing a show about slavery still being legal in the 21st century after GoT is done.

On the other hand, Bronn’s clunky super-obvious metaphor didn’t include dead animals used as props (do you remember when Tywin Lannister laid a dead wolf’s pelt next to the two swords he forged out of Ice because I do and I need brain bleach because that was SO BAD omg) so let’s toast the writers at Game of Thrones for resisting the temptation on that one. 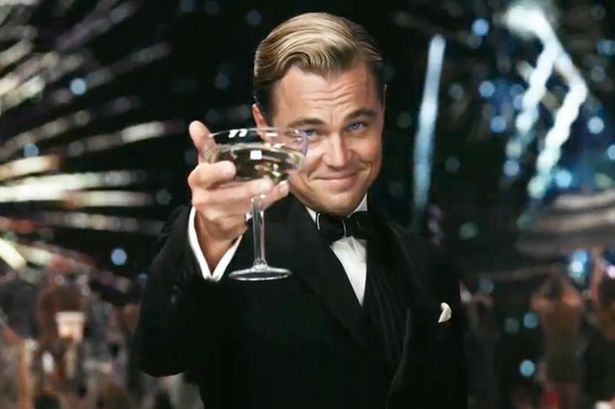 Congrats, you did something right, guys.

I wanted to quickly discuss Jaime and the fact that he’s a hero.

Jaime started as an idealistic kid who struggles as a King’s Guard. He goes against his father’s wishes to take that vow because he wants to be a hero and then he finds himself distraught in the hallway listening to Mad King Aerys raping his sister-wife because he believes it is their duty to protect the queen as well, and one of his fellow guards says, “Yeah but not from him.”

He stands in the throne room, which was silent apart from the screams and the laughing, watching Mad King Aerys burn Grandpa Stark while Uncle Stark hangs himself trying to save his father, because what can he do? He’s a King’s Guard.

He breaks his vow in spectacular fashion one fine day when Mad King Aerys is like, “Be a dear and kill your dad for me won’t you and while you’re doing that me and my pyromancer are going to burn down the entire city with wildfire kthnxbai” and Jaime’s like, “Double homicide time I guess.”

And then he sits on the throne?

That part makes me laugh. That’s what I would have done. As much as I love Ned, I side with Jaime on this one and think he totally overreacted to finding kid Kingslayer lounging on the throne. I think it was earned. He saved everybody’s life, he can sit on the throne for a second.

Anyway, Jaime is one of my favourite characters. He gets a spectacular hero moment in “Spoils of War” and I’d like to point out a couple of things to mouthy Tyrion in the peanut gallery.

Tyrion calls him a “fucking idiot” while he watches him charge down Daenerys, and I assume that’s mostly out of grief and horror. I mean. He thinks he’s about to watch his brother get fried. But I have this thing about calling heroic people doing heroic deeds “idiots” and “stupid” and “brawn over brains.” Jaime isn’t some stupid jock here. He’s charging down huge odds trying to do the right thing because Jaime is the guy who kills the Targaryen despots who try to burn everyone alive.

Jaime weighs the odds right before he charges. He sees that Dany is busy trying to yank a spear out of Drogon and he sees that Drogon is busy yelling, “OW! MOM THAT HURTS WTF HAVEN’T WE TALKED ABOUT YANKING THINGS OUT OF ME?” He sees that he has a chance. It’s a tiny chance. And if he succeeds, all he’s going to accomplish is Dany-murder. Drogon will kill him right after, and he’s cool with that. It’s not a huge victory because the dragons will still be alive but they won’t be the tools of a conquering queen anymore, and that’s worth it to him.

Before this we get all these great shots of Jaime looking at people burning and turning to ash and blowing away. This is his actual nightmare. And I remember being so angry about how, after Cersei killed a bunch of people with wildfire he just stood there giving her major side-eye but then, nope, the season starts and he’s still in love with her. So IDK, maybe he has to see the people burning for himself before he decides it’s a bad thing? He told Olenna that people won’t care how Cersei achieved peace once she achieves it, which could technically be true of Dany as well. The difference in his perception of these two comes down to family and love and memories of Targaryens past, I suppose.

Anyway. Jaime, in the books, is the best of the Lannisters. In the show he and Tyrion are both pretty equally great. As much as A Song of Ice and Fire is lauded for being “realistic” in portraying cynical people getting ahead by exploiting everyone else, you’d be missing the point in just focusing on that and not noticing that there are actual good people in this story and they aren’t there just to get mocked and killed. Jaime is one of those actually good people. He is flawed. Very, very flawed. He does terrible things. I remember when I was still in the middle of reading the books and I stumbled upon some post about how awesome Jaime is and I was like, “Um?????? But the Bran window thing??????????? I will never forgive him for that, how would that even be possible??????????????????????” And yet here we are.

I’m pretty sure he’s going to die before the end but I hope he gets to die being his heroic self.

I still have hope for Dany, even though I think Jaime was right to try to kill her. I think she’s a better person than Cersei even if it’s only that she’s more capable of growing up than Cersei is. What would be pretty great, I think, is if Jaime and Dany ever have a conversation in which he yells at her for burning all of his men that day. But I kind of doubt it’ll happen.

One thought on “Jaime Lannister is a Hero”