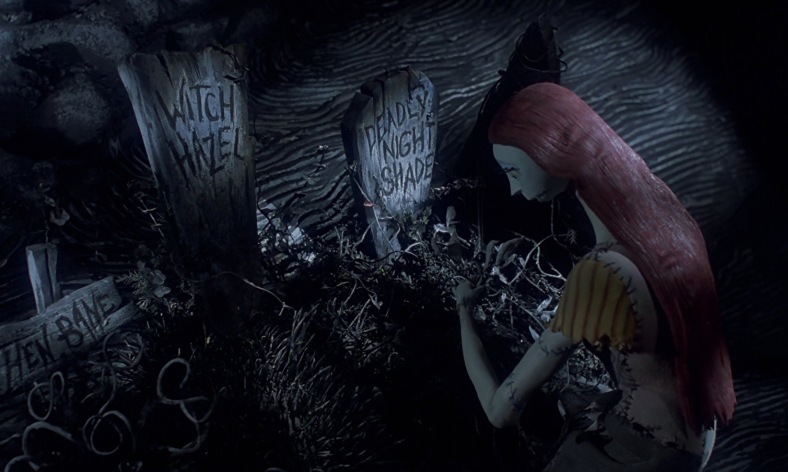 So I am apparently slowing down, due, I think, to the encroachment of old age. I turned 28 this month.

I’ve read all of 54 books which leaves a grand total of 46 books left to reach my very reasonable goal. And that means 15 per month from now on. It’s happening, I tell you. By the power of honey crisp apples and being able to watch holiday and fall/Halloween/cozy type movies again, I will surely pull it off.

Down Among the Sticks and Bones by Seanan McGuire

I can’t believe how much I loved this. It’s a companion to Every Heart a Doorway, which I read later this month because I loved this one so much. I prefer this one, but both are really good. Where are the movies, I ask?

I would highly recommend these to anyone who likes kids falling into magical realms. Read Every Heart a Doorway first though, and then BE ABSOLUTELY SURE to read this one too.

I’m only on Volume 2 but these are killer. I love them so much. They’re so much fun, so easy to disappear into, and I wish they were longer (except then I’d have a harder time finishing my 100 this year so not really, they’re the perfect length for a kids’ graphic novel anyway).

So I discovered in this volume that camp counselor Jen is me. 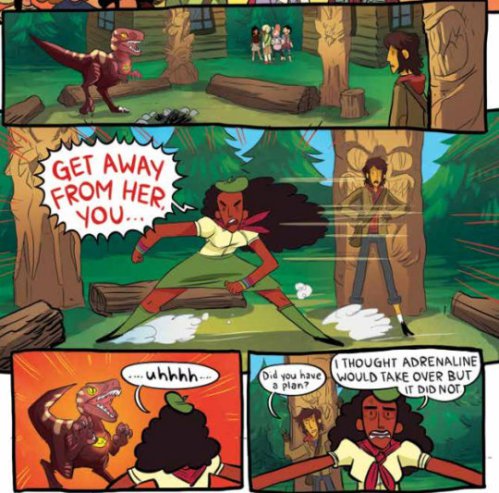 I’ve legitimately considered what might happen if I had to suddenly leap into danger to help someone and every time I’ve considered it I’ve been pretty cynically sure that this exact thing is what would happen, so this is by far my favourite moment of any of the books I’ve read this year.

Every Heart a Doorway by Seanan McGuire

What I said earlier.

And also, the main character is asexual and I wasn’t expecting that. Her version of ace isn’t mine (I mean, there was a lot about aesthetic attraction, which, yes, I latched onto that like a lifeline to perform for my friends with Leo DiCaprio and Orlando Bloom, so, it’s a thing for me too, but she didn’t go into the confusing romantic attraction the character seemed – to me – to be feeling at times, and kind of implied that blushing while being around Kade was all down to aesthetic attraction. I’m sure that’s the way it is for some people, but, not me), but still, I could relate to some of it which was nice.

Of Fire and Stars by Audrey Coulthurst 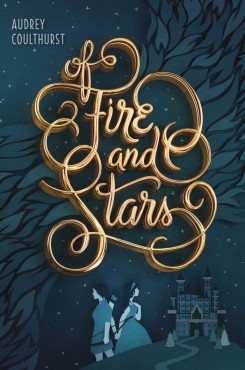 Fantasy and political intrigue and irritating family members. Two princesses, and they slowly (really, really slowly) fall in love. I really liked this romance, because more than any other I’ve read this year (and maybe ever), it took soooooo long. It’s hard to explain but I really liked it. I liked how they have complicated and mixed feelings about each other at first, and they shift slowly, and, eventually, it’s romance. It’s also why I like Courtney Milan’s romance plotlines. It takes FOREVER.

I also love that Mare (Princess 1) is bi and Denna (Princess 2) is… maybe… possibly… homoromantic demisexual? I read her like that because, a) that’s typical of me to assume everyone is some sort of ace before being proven wrong, and b) much is made of how she’s never felt the way she feels about Mare before. She could have just been surrounded with heteronormativity, of course, or, really, she just never had an opportunity to meet lots of women to be attracted to. Either way, I liked how their romantic histories and present-day romantic realities were so different.

Also it’s all about bigotry and scapegoating and terrorism, so that was interesting.

She-Wolf and Cub by Lilith Saintcrow 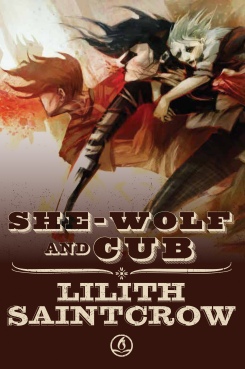 I’m not usually one for sci-fi but this was pretty cool.

A woman who is mostly robot and also an assassin is assigned to kill a child (who… is a vampire… made by science…), and instead she takes the child and runs. And that’s the story.

I LOVED this protagonist. Abby. Abbymom. Mom. Jess. Whatever her name is. She’s tough as nails but super caring and sometimes shows it and often doesn’t. I also liked the weird, almost-not-there-at-all romance between her and Sam (… another robot person).

OK I didn’t love the graphic animal cruelty – one scene in particular grossed me out a lot. But if animals were dying it was usually quick.

Are you on the internet? Well, you must be, if you’re reading this. So. Now you need to read this book.

I’d planned on picking this up as soon as I heard it was coming out, but I recently saw a recommendation to buy it as an audiobook because Quinn narrates it herself and does a good job. So, that’s what I did, and that’s what I recommend you do. She had her life torn apart by the internet hate machine, wants desperately to find solutions that don’t ruin everything, and wants to prevent it from happening to anyone else, and hearing her read it aloud herself definitely drives the point all the way home.

I have a lot of reading to do.